Alcohol is bad for health. Beer is a Drink that is people’s favorite drink. Beer is not Allow Everywhere in this World. Europe or foreign some countries have permission for Beer there is also for some reason like weather demand is a fact. For Enjoy Beer drinking is best but unlimited drinking is a bad habit or it’s bad for health. So drink Beer but as limit how quantity you can take? The popular or top Beer’s are – Corona, Coors Light, Heineken, Snow, Bud Light, Budweiser, Tsingtao, Skol, Harbin, and Yanjing Beer, etc.

Heineken Beer – Heineken is the most popular Beer worldwide. It has a great demand in the market. Heineken Beer is 5% alcoholic Beer. Heineken is a Netherlands Product, this Beer established in 1873. Heineken serves in a green color Glass bottle or packing by Ken also. It’s not making crazy people after drink just people feel smooth feelings.

Skol Beer – Skol Beer is a South African Beer establishes in 1958. Skol Beer has different percent Alcohol like one is 2.8% to 5%. Tsingtao Beer is a tasty beer that’s why it’s famous in the world market. 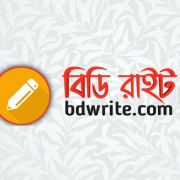